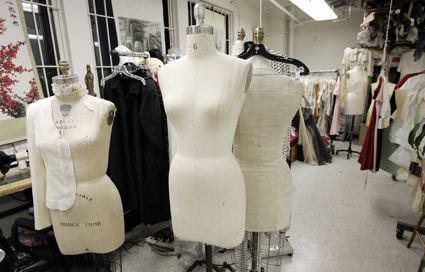 New York, UNITED STATES: TO GO WITH AFP STORY: USA-fashion-economy Mannequins are seen in the production area at the Victoria Royal clothing manufacturer, 08 February 2007, in New York’s Garment District. Established in 1955, Victoria Royal was one of the first clothing companies to move manufacture to Asia. The company is now moving some of its production back to New York, where production can take days rather than months to make and ship. AFP PHOTO/Stan HONDA (Photo credit should read STAN HONDA/AFP/Getty Images) 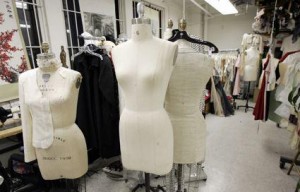